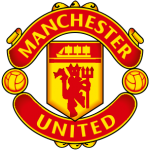 MATCH SUMMARY Manchester United extended the club’s unbeaten start to the Premier League season to six matches by recording a hard-fought 1-0 victory over Southampton. Romelu Lukaku’s first-half strike was enough to claim the away win for the Reds, who remain on the same points tally as rivals Manchester City, 5-0 winners at home to […]